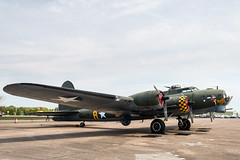 We decided that we would stop at Duxford air museum run by the Imperial War Museum, because we has passed it on so many occasions but never taken to opportunity to take a look around. So we got up early enough to be out of the property by 09:00. We dropped by the Adnams shop at Holkham to pick up some Macon wine we had enjoyed during our stay. The shop however did not open until 10 but the man inside beckoned us in, asked for a box thinking it would be 6 bottles but he came back with a 12 bottle box, we said what the heck and bought it anyway. The man said it was one that could be kept for a while as it improved with age but this one was already great to drink, we have to agree with him. 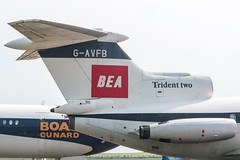 The traffic was light, and the weather warm and sunny. We passed Lakenheath but there were no planes to be seen taking off or landing. We were soon at Duxford and in the queue for tickets. We chose the £23 year passes as the extra £5 would be recouped if we visited within a year.

We visited the American hangar first which is quite new, it has an excellent collection is if US aircraft, including a B52 Stratofortress a real monster of an aircraft. The only minor niggle for me was that it was not always obvious what each of the aircraft were but given the size of them I guess. Then we visited the two restoration hangars where they classic aircraft are restored, to their former beauty. 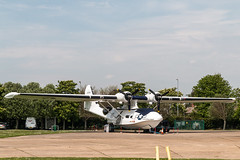 We then had lunch, I had a great sandwich and the coffee was good too. Because we had the year pass we decided that we would finish off with a quick look around the Air Space museum then head off home. We took a better route home that we would have done normally heading toward St Albans and a short stretch of the M1 at Hemel, we knew of it but have never managed to actually try to navigate it. It is straight forward and easy to follow once you know it.